To wish many years to a family moving away from our church and to let them know that we will miss them, I made a 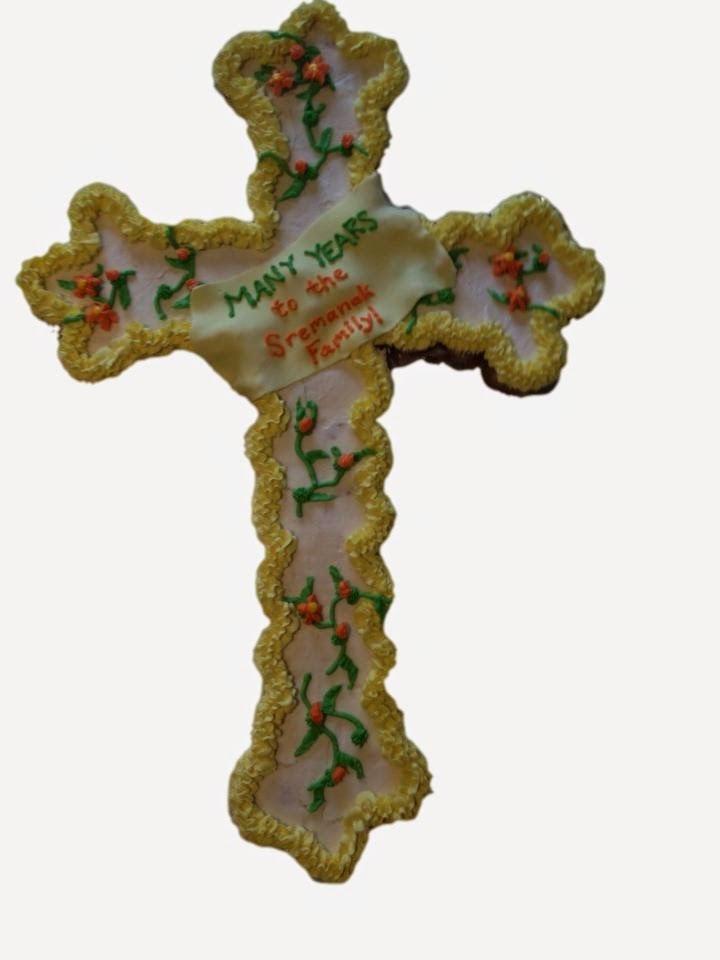 Lenten cake for them. It was a pull-apart cupcake-cake in the shape of a cross. I enjoyed making it and figured I would share how I made it (and how to veganize the cake) for anyone else who needs to make something like it. 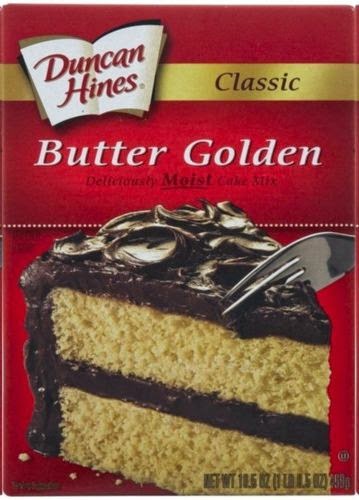 Since I was unavailable to bake the cake over the weekend, I needed to do it during the week. In light of this, I took a shortcut with making the cake, and used a veganized recipe of the Duncan Hines Butter Cake and Devil’s Food cake. Surprisingly, Duncan Hines cake mixes are vegan!

The recipe for the devil’s food cake calls for eggs, oil and water. I followed the directions exactly, with the exception of replacing the eggs with EnerG egg replacer (4.5 t powder plus 1/4 C warm water whisked). Beyond replacing the eggs with the egg replacer, I followed the directions exactly. Mix it all up, bake it for 20 minutes in a cupcake tin, remove, and cool. Simple!

The Butter Golden cake was equally easy, though there was one extra substitution. The ingredients replaced were eggs and butter. You can follow the same replacement instructions for the eggs (4.5 t powder plus 1/4 C and 2 T warm water whisked). I used Earth Balance baking sticks for the butter. Again, mix it, bake it 20 minutes, remove and cool.

Finally, it needed a good icing. I didn’t want it to be a pure shortening ‘butter’cream icing as it often sticks to the top of your mouth. On the same token, since I am decorating the cake, I needed an icing firm enough to be using as decorator’s frosting.

I found a very tasty recipe online from Isa Chandra’s Cupcakes Take Over the World. I didn’t follow it exactly though 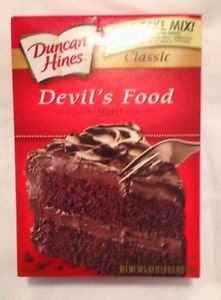 . You can find the original recipe here. My adaptations were to skip the soy milk (I don’t really like the taste – and I wanted a firmer icing). I used the amount of confectioners sugar listed in the recipe and added small amounts of water until it was the desired consistency.

Once I completed the first batch of icing (I needed approximately 4 batches for 120 cupcakes total), I added enough water to allow it to be easily piped for cupcakes. If I had my cupcake piping tips available (or a piping bag for that matter), I would have used them. Since they were all at another location, I ended up using common things found in every kitchen – a gallon size bag, a cup, and scissors!

I put the corner of the sandwich size Ziploc bag in a tall cup, spooned in the icing, closed the bag while removing the air, and snipped the corner of the bag. I then used it to create a nice little swirl on top of the cupcakes (I found a tutorial on YouTube for anyone who wants to actually see it done – though you can just use the gallon size bag instead of the piping tools they show). I piped the swirls on top of all the cupcakes that were not included in the pull-apart cupcake-cake. We arranged these cupcakes around the cross. 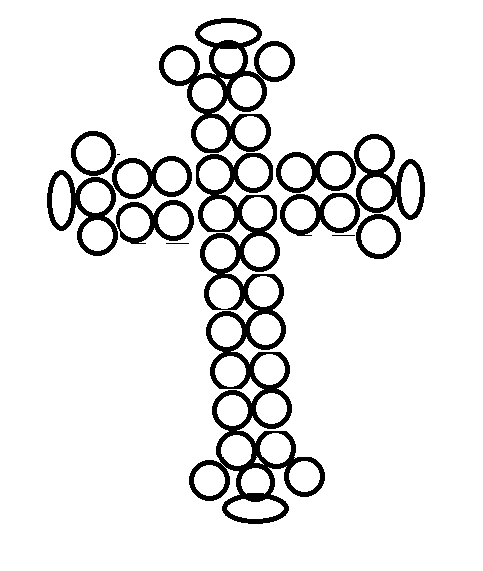 For the cross pull-apart cake, I wanted to create the shape of the Greek Orthodox cross. I ended up frosting (quickly) and using 40 whole cupcakes and about 4 cupcakes with about 1/4 cut off one side. I created the template shown in the image for anyone who wants the break-out of how the cupcakes are placed. Each end of the cross has a cupcake with 1/4 piece cut off the end.

When I started laying out the cross I noticed that it was way too big for any of my normal cake boards. I got creative and used a flattened cardboard box covered with aluminum foil. Not the sturdiest, but it worked.

Once the frosted cupcakes were placed in the shape of the cross, I filled in the holes in the cupcakes with frosting from another batch of buttercream. I made sure it was firm enough to hold, but thin enough that I could spread it. I added some more icing and spread it as flat as I could. I used a Wilton cake smoothing tool, but it isn’t required.

Once you have a flat iced cross, you get to be creative 🙂 I recommend at least piping around the edge – makes it look a lot neater. If you don’t have piping tools, you could use the same technique I described with the cupcakes above only making little balls of piped icing. Otherwise, any border technique would work well. I used fondant for the sash and piped the message with buttercream icing.

I hope you enjoyed this tutorial! It’s my first cake tutorial, so if you have questions, please ask! I hope that this can help others when a cake is needed for church!

Great for Baptisms, Chrismations or other celebrations during Lent!
Course: Dessert

Great for Baptisms, Chrismations or other celebrations during Lent!
11

Quinoa is a high-protein grain native to South America. You can find it in most health food stores and some grocery stores. This is a simple, delicious vegan recipe full of plump raisins, and sweetened with apple juice. Serve with berries, sliced bananas and maple syrup. 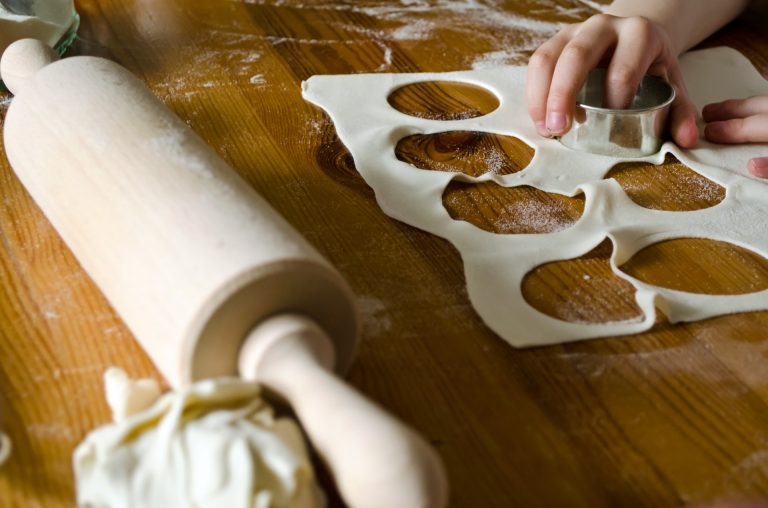 As a baker, I want to make sure every baked good is delicious, has good consistency, and is baked properly.  There are some obvious challenges when baking vegan foods.  I’m sure many of us have experienced them first-hand, myself included.  So for all of you bakers, here are some tips on vegan substitutions to ensure…

This dish works well for pot-lucks, as it can be served warm or at room temperature. 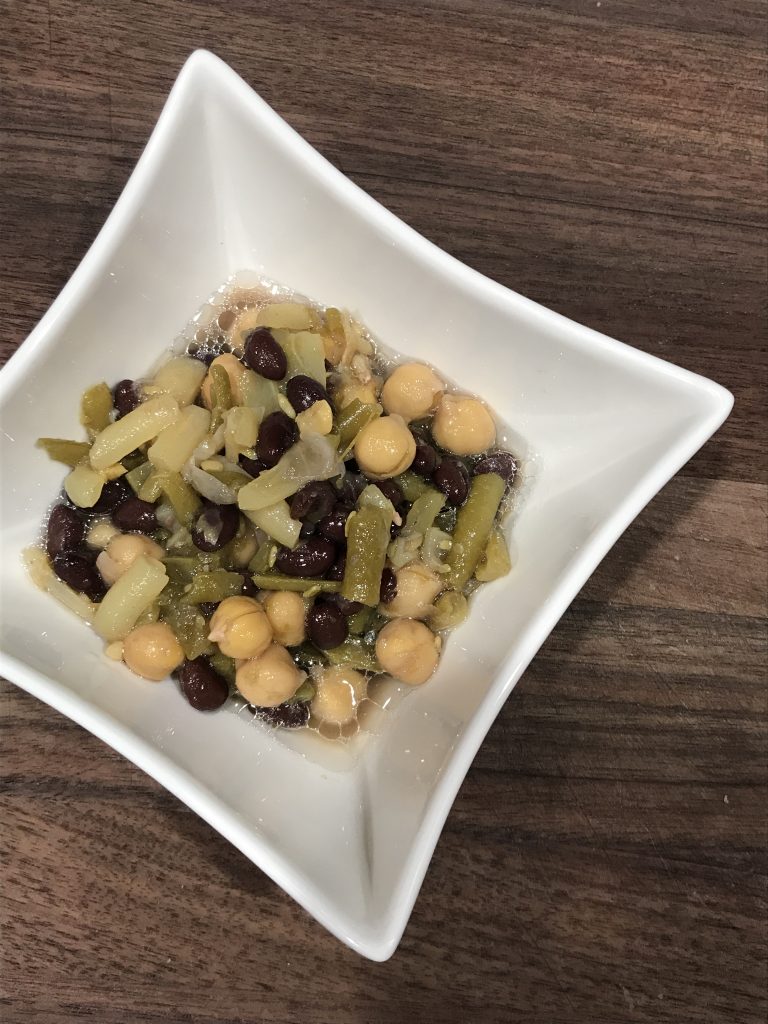 This four bean salad recipe is great for a quick side to enjoy all week long. I like to make the bean salad for lunches and even sides for dinner. Make sure to let it marinate for around 24 hours to get the full taste (though I enjoy taking a taste early!)