During the four weeks prior to Great Lent, the Church prepares us with several “pre-lenten” themes: repentance and humility, God’s mercy, judgment and salvation, and forgiveness.

The pre-lenten Sundays prepare us for our “lenten journey.” They arm us with that which we need to “enter the Fast with joy,” to make the most of the “time for action,” for as we sing on the first day of Great Lent, “salvation is at the door.”

1 The Gospel reading for the first pre-lenten Sunday – Luke 18:10-14 – offers a striking contrast between the pharisee, a genuinely religious man, and the publican, an equally genuine sinner, a tax collector known for cheating others. In his prayers, the pharisee boasted before the Lord: “God, I thank Thee that I am not as other men are, extortioners, unjust, adulterers, or even as this publican. I fast twice in the week, I give tithes of all that I possess.” The publican, meanwhile, “standing afar off,” begged for mercy: “[He] would not lift up so much as his eyes unto heaven, but smote upon his breast, saying, ‘God be merciful to me a sinner.’” The pharisee’s religious yet boastful piety did not justify him, while the publican’s humble repentance – that repentance to which we especially aspire during the season of Great Lent – is revealed as the first step in our salvation. The pharisee sought adulation; the publican sought – and received – great mercy.

2 On the second pre-lenten Sunday, the Parable of the Prodigal Son – Luke 15: 11-32 – is read. In it, Our Lord reveals that our heavenly Father offers to us unconditional forgiveness and mercy if, like the prodigal son, we “come to our senses,” see ourselves for who we really are, and turn away from the “hunger” of “riotous living” in a “far country.” The prodigal son discerned his need to return to his true home, his father’s house, and acted decisively: “When he was yet a great way off, his father saw him, and had compassion, and ran, and fell on his neck, and kissed him,” exclaiming “’for this my son was dead, and is alive again; he was lost, and is found.’” In the same way, our heavenly Father unconditionally forgives and receives us, His prodigal children – but it is we who, laying aside our pride, must “come to our senses,” acknowledge that we “have sinned,” and return to our “true home.”

3 The Parable of the Last Judgment – Matthew 25:31-46 – is read on the third pre-lenten Sunday, commonly referred to as Meatfare Sunday, since it is the last day on which we partake of meat before Holy Pascha. In this parable, Our Lord reveals that, while it is important for us to desire Him, to repent and seek His mercy, to see ourselves for who we truly are, and to return to Him, we also must discern His very presence in everyone around us, in the “least of the brethren,” and minister to them as if we were ministering to Christ Himself – and for the sake of Christ Himself. Our Lord reveals that our salvation and judgment depend on how we put our desire, repentance, and the mercy we receive into action, in the midst of others, for their sake as well as for the sake of the One Who feeds us, clothes us, ministers to us, and ultimately calls us to the life of His Kingdom. “Good intentions,” as Our Lord reveals, are insufficient; crucial as prayer, fasting and almsgiving indeed are, they certainly are not mere “religious exercises” performed for their own sake, and surely not for the sake of acquiring a sense of “pride in accomplishment.” Discerning Christ’s presence in everyone – and especially in those who so often are ignored, forgotten, abandoned, or despised – while offering them the same loving kindness that He first offered to us is the ultimate “fruit” of genuine repentance.

4 Forgiveness Sunday – commonly known as Cheesefare Sunday, since it is the last day on which we partake of dairy products before Holy Pascha – falls on the eve of the first day of Great Lent. In the day’s reading from the Gospels – Matthew 6:14-21 – we hear Our Lord’s teaching about forgiveness: “If you forgive men their trespasses, your heavenly Father will also forgive you. But if you do not forgive men their trespasses, neither will your Father forgive your trespasses.” We also hear His teaching about fasting: “When you fast, do not be like the hypocrites, with a sad countenance. For they disfigure their faces that they may appear to men to be fasting. Assuredly, I say to you, they have their reward. But you, when you fast, anoint your head and wash your face, so that you do not appear to men to be fasting, but to your Father Who is in the secret place; and your Father Who sees in secret will reward you openly.” Like Adam, exiled from Paradise, we lament our sins. Forgiveness and mercy are ours, but if only we fast from those things, those passions that, with Our Lord’s help, we can bring under control, even if we all too often allow them to control us.

This resource is also available in PDF format here. It may be downloaded, reproduced, and distributed with your weekly bulletin or separately.

St. John Chrysostom – “The Nicene and Post-Nicene Fathers of the Christian Church,” Volume 9. I speak not, indeed, of such a fast as most persons keep, but of real fasting; not merely an abstinence from meats; but from sins too. For the nature of a fast is such, that it does not suffice to… 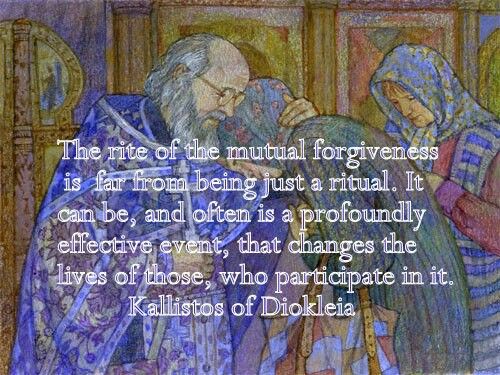 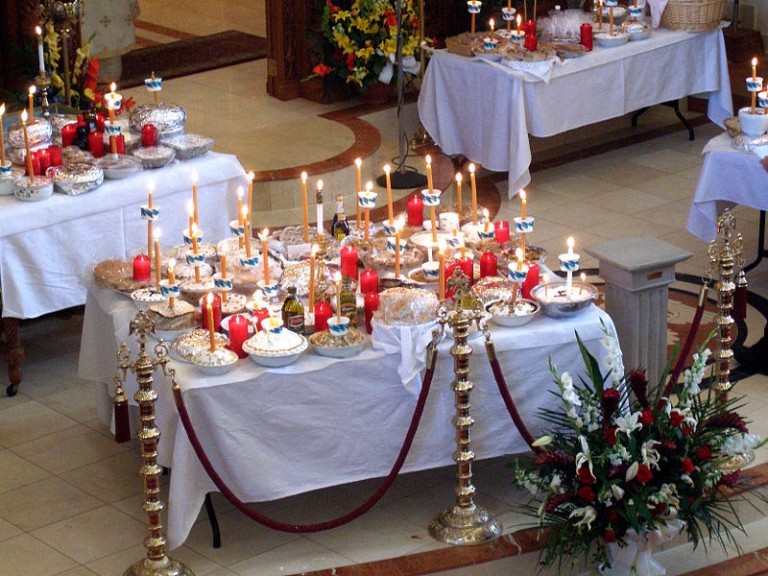 Dear Faithful,   Congratulations on completing the second week of Great Lent. As we noted last week, Great Lent’s main theme is repentance. The Church teaches that we can work out our repentance through three main methods—prayer, fasting, and almsgiving. Regarding almsgiving, it isn’t just monetary; it is a work of mercy to help…

From the Good Shepherd Australian Orthodox Mission Lent, as it exists today in the Orthodox Church, is the result of a long historical development. We can basically divide Eastern Orthodox Lent into 3 periods: (1)The Pre-Lenten Period: three preparatory Sundays (the Publican and the Pharisee; the Prodigal Son; the Last Judgment), followed by a preliminary…