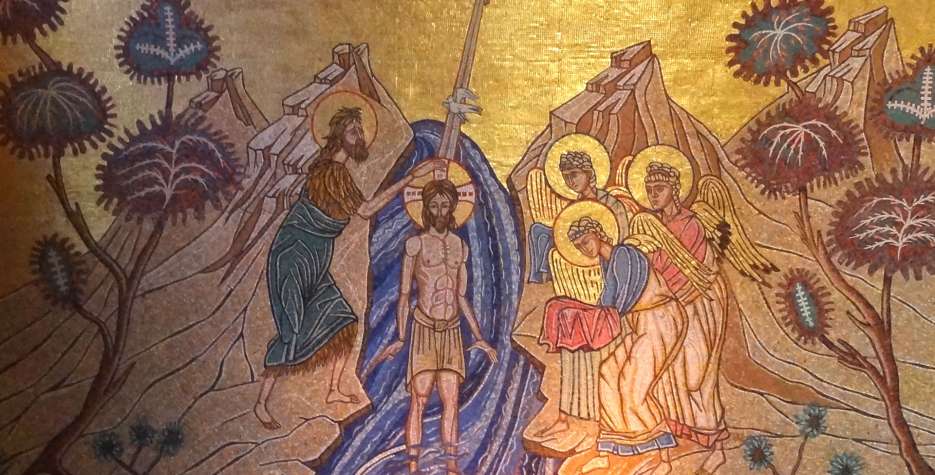 In the Christian East, the Baptism of our Lord is honored in the Church’s annual celebration of Theophany (commonly called Epiphany in the West) on January 6. This feast is celebrated, moreover, as the manifestation of God as Father, Son, and Holy Spirit.

This emphasis is clear in the troparion of the day:

“When Thou, O Lord, wast baptized in the Jordan, the worship of the Trinity was made manifest; for the voice of the Father bore witness to Thee, calling Thee His beloved Son; and the Spirit, in the form of a dove, confirmed the truth of His word. Wherefore, O Christ, who didst appear and enlighten the world, glory to Thee.”

The doctrine of the Holy Trinity is not part of the Church’s proclamation to the world. On the contrary, it is a mystery shared only within the Body of the Church. And it is revealed in the mystery of Baptism.

The Trinitarian revelation at our Lord’s Baptism at the beginning of His ministry (Matthew 3:16–17) is paralleled at the close of His ministry by a corresponding command to baptize all nations “in the name of the Father and of the Son and of the Holy Spirit” (Matthew 28:19). The Church, said Origen in the third century, is “full of the Holy Trinity.”

The dogma of the Holy Trinity affirms that God has revealed to the world His eternal inner life in two missions, two “sendings forth”: “But when the fullness of the time had come, God sent forth His Son . . . God sent forth the Spirit of His Son” (Galatians 4:4–6). The Father revealed Himself in His Son as a visible Man in the external, categorical, documentable order of human history, and likewise He has revealed Himself by the Holy Spirit in the internal, transcendent order of transformed human consciousness. This is the revelation that the Church celebrates in the Feast of the Theophany.

Both aspects of this revelation of the Father are essential to the being of the Church. First, the horizontal, linear link by which, unto the end of time, we are joined back to the historical Christ (“we proclaim the Lord’s death till He comes”). And second, the vertical, transcendent axis by which we are joined at all times to the God who reigns above us and in our hearts (“and behold, I am with you always”).

The first of these dimensions is anamnetic; it is handed on and carried forward in historical memory (“Do this in remembrance of me”). It is christological and paschal, of Christ and His Resurrection. The second is epicletic; it transcends the limitations of history (“Oh that you would rend the heavens! That you would come down!”). It is pneumatological and pentecostal, of the Holy Spirit and His descent. The cruciform conjunction of these two revelatory lines, the horizontal and the vertical, is the point where Christians live and worship.

In addition to His Baptism, other places in the life and ministry of Christ our Lord also provided special settings for the revelation of the Holy Trinity. Indeed, the Incarnation itself was such a setting, when God the Father sent the Holy Spirit to overshadow the Virgin Mary so that she conceived His Son in her womb (Luke 1:35). Likewise, this overshadowing Spirit descended on Jesus at His Transfiguration, while the Father’s voice once again identified His Son (Luke 9:34–35). The same Trinitarian revelation took place in the Resurrection, when the Father raised His Son by the power of the Holy Spirit (Romans 8:11).

And just as we are reborn in the Trinitarian name, many biographies of Christians portray them endeavoring to die while invoking the Holy Trinity. By way of example I may cite a memorable instance that occurred on the evening of May 25, 735, when the earliest historian of the English people, the Venerable Bede, went to God just after Vespers of the Feast of the Ascension. A description of his death was left us by his contemporary and fellow teacher, Cuthwin: “And thus, on the floor of his cell, he chanted ‘Glory to the Father, and to the Son, and to the Holy Spirit’ to its ending, and breathed his last.”

This article originally appeared in AGAIN Vol. 27 No. 4, published in December 2005. 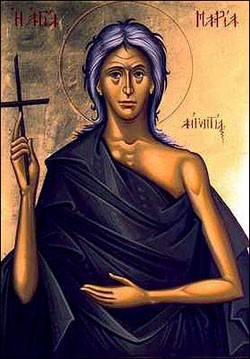 Dear Faithful,   We have reached the last Sunday of Great Lent.  On this last Sunday, the Church presents before us the quintessential example of repentance—the life of St. Mary of Egypt. The Church has put repentance before us as the central task we are trying to accomplish throughout the course of the Fast and…

“What do you do with all your large zucchini? For one, you can stuff them with any of your favorite stuffings. They make a one-dish meal that’s attractive and filling.” 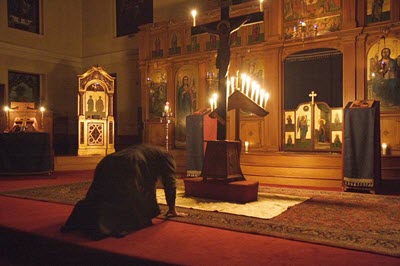 Written by St. Ignatius Brianchaninov; Translated by Nun Cornelia (Rees) In today’s Gospel, the prayer of the publican is shown drawing God’s mercy to him. This prayer consisted of the following words: God be merciful to me a sinner (Lk. 18:13). It is worthy of our attention that God heard such a short prayer, and…

Source: Moosewood Restaurant Simple Suppers Servings: 4 This creamy vegan soup is spicy and a little sweet. Yields 7 Cups Variation: Substitute 1/2 lb peeled and deveined shrimp for the tofu. You can either pan-fry them or cook them for 4 to 5 minutes in the simmering soup before adding the spinach. Ingredients 1 C…