We venerate Your most pure image, O Good One, / and ask forgiveness of our transgressions, O Christ God. / Of Your own will You were pleased to ascend the Cross in the flesh / to deliver Your creatures from bondage to the enemy. / Therefore with thanksgiving we cry aloud to You: / You have filled all with joy, O our Savior, / by coming to save the world.

No one could describe the Word of the Father; / but when He took flesh from you, O Theotokos, He accepted to be described, / and restored the fallen image to its former beauty. / We confess and proclaim our salvation in word and images.

John 1:43-51 At that time, Jesus decided to go to Galilee. And he found Philip and said to him, “Follow me.” Now Philip was from Bethsaida, the city of Andrew and Peter. Philip found Nathanael, and he said to him, “We have found him of whom Moses in the law and also the prophets wrote, Jesus of Nazareth, the son of Joseph.” Nathanael said to him, “Can anything good come out of Nazareth?” Philip said to him, “Come and see.” Jesus saw Nathanael coming to him, and said of him, “Behold, an Israelite indeed, in whom is no guile!” Nathanael said to him, “How do you know me?” Jesus answered him, “Before Philip called you, when you were under the fig tree, I saw you.” Nathanael answered him, “Rabbi, you are the son of God! You are the King of Israel!” Jesus answered him, “Because I said to you, I saw you under the fig tree, do you believe? You shall see greater things than these.” And he said to him, “Truly, truly, I say to you, you will see heaven opened, and the angels of God ascending and descending upon the Son of man.” – See more at: http://lent.goarch.org/dailyreadings/lectionary.php?type=gospel&code=323&event=1027&DL=EN#sthash.1hUIkeBr.dpuf

St. Paul’s Letter to the Hebrews 11:24-26, 32-40 Brethren, by faith Moses, when he was grown up, refused to be called the son of Pharaoh’s daughter, choosing rather to share ill-treatment with the people of God than to enjoy the fleeting pleasures of sin. And what more shall I say? For time would fail me to tell of Gideon, Barak, Samson, Jephthah, of David and Samuel and the prophets — who through faith conquered kingdoms, enforced justice, received promises, stopped the mouths of lions, quenched raging fire, escaped the edge of the sword, won strength out of weakness, became mighty in war, put foreign enemies to flight. Women received their dead by resurrection. Some were tortured, refusing to accept release, that they might rise again to a better life. Others suffered mocking and scourging, and even chains and imprisonment. They were stoned, they were sawn in two, they were killed with the sword; they went about in skins of sheep and goats, destitute, afflicted, ill-treated — of whom the world was not worthy — wandering over deserts and mountains, and in dens and caves of the earth. And all these, though well attested by their faith, did not receive what was promised, since God had foreseen something better for us, that apart from us they should not be made perfect. – See more at: http://lent.goarch.org/dailyreadings/lectionary.php?type=epistle&code=138&event=1027#sthash.CSJFr6yw.dpuf 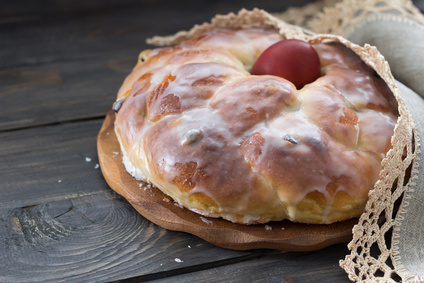 Source: Moosewood Restaurant Simple Suppers Servings: 4 This creamy vegan soup is spicy and a little sweet. Yields 7 Cups Variation: Substitute 1/2 lb peeled and deveined shrimp for the tofu. You can either pan-fry them or cook them for 4 to 5 minutes in the simmering soup before adding the spinach. Ingredients 1 C…

“This lasagna is very good AND is a vegan recipe!”

Source: Laura From the Big Book of Potlucks

PRAYER OF REPENTANCE: O Lord our God, good and merciful, I acknowledge all my sins which I have committed everyday of my life, in thought, word and deed, in body and soul alike. I am heartily sorry that I have ever offended thee, O Lord: of thy mercy forgive me all my past transgressions and…